Seeking to profit from the beautiful game

Up and down the country you can feel the panic of certain Premier League owners and fans as their team lurch from one bad result to another. The likes of Stoke, Swansea, West Ham and Sunderland have endured difficult starts to their Premier League...

Goals is the way to go at City this weekend

Manchester City have looked impressive under former-Barcelona boss Pep Guardiola in the Premier League so far this season. Somehow the Catalan One seems to have added something extra to an already tasty attacking blend at Eastlands. This w...

Liverpool have become the Jekyll and Hyde of the Premier League under their affable but nutty German boss Jurgen Klopp. From the German’s touchlines antics, I am surprised he has not burst out of his clothes and went on the rampage at any Pr...

Liverpool have become the Jekyll and Hyde of the Premier League under their affable but nutty German boss Jurgen Klopp. From the German’s touchlines antics, I am surprised he has not burst out of his clothes and went on the rampage at any Premier League grounds in the last year.

The Reds must frustrate the hell of their fans, who have strangely become less delusional about their place in the English football hierarchy in recent years. No longer do you hear Reds spouting off about being title challengers.

It is strange that should happen, as they seem to think that Klopp is their saviour and will eventually bring success to the club. At the moment the only thing the German has brought to the team is inconsistency.

Take Saturday’s visit of Leicester to Anfield. Leicester are of course reigning champions but have yet to recover from the summer loss of French midfielder N’Golo Kante. This is a nightmare game for punters. 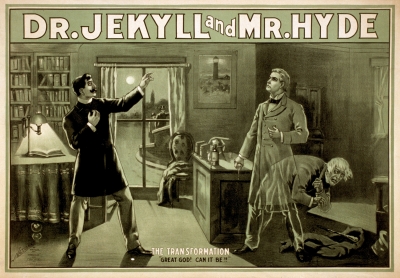 Liverpool at Anfield are unbeaten in eight home games in the Premier League, but again frustratingly they have drawn half of those games. This season has summed up Liverpool under Klopp.

For the first half against Arsenal on the opening weekend of the season, Liverpool looked like they had only met each other that day. Then in 20 devastating minutes early in the second half, the Reds blew away the Gunners to take a 4-1 lead and eventually won 4-3.

That display of pulsating, exciting attacking football was a display of what Klopp wants his teams to produce, heavy metal football as he describes it. He produced it at Dortmund, but still managed to maintain a solid backline.

The following week the Reds looked set to blow Premier League new boys Burnley away at Turf Moor. Fans were ready to celebrate a big win and lots of goals. What happened next? Liverpool suffered a 2-0 defeat against the Clarets.

The football that week was more easy listening than heavy metal, as they passed the ball around aimlessly and produced very little goal threat. If anything that was a cautionary tale to expect the unexpected from the side from Merseyside, if the fans needed one of course after last season.

The 1-1 draw at Tottenham contained a bit of both and could have easily gone either way. In the end, a draw was probably a fair result from the game.

A player that symbolises Liverpool perfectly is Brazilian playmaker Philippe Coutinho. At times he can look like a world-beating star and at other times he looks like he might struggle to create a crap. He is Mr inconsistent and suits the current Liverpool team down to the ground, as he is wildly inconsistent.

Another thing that has been rammed home this season is the fact that the Reds are woeful at the back.

Klopp has not really addressed that issue in the summer. Summer signing Joel Matip made a decent start to his Reds career against Spurs, but the left-back position remains a major problem.

Jack of all trades James Milner has been filling in at left-back, but surely Klopp could have seen from last season that Spanish left-back Alberto Moreno was highly erratic and just not up to the job?

So Saturday’s game. As we have established Liverpool are highly unpredictable under Klopp. Anything could happen against the Foxes. In fact, Leicester could very well come to Anfield and take home a victory or at least a point.

The Foxes showed last season that they are certainly no mugs and with Liverpool, you just never know what you’re going to get. Leicester’s attacking talents of Jamie Vardy, Riyad Mahrez and new signing Islam Slimani are certainly going to test that shaky Liverpool backline.

This clash could really go either way. On paper Liverpool look like favourites to win this game, but unfortunately for Liverpool football is played on grass. It all depends on which Liverpool team turn up Dr Jekyll or Mr Hyde.

My advice to punters is tread very carefully with this one. I certainly will not be wagering any of my hard earned cash on this clash and you would be best to avoid it as well.

However, if you are desperate to place a bet on this clash then go for the over 2.5 goals scored, as this looks like the most logical and tempting bet available on this highly unpredictable clash.