Seeking to profit from the beautiful game

Up and down the country you can feel the panic of certain Premier League owners and fans as their team lurch from one bad result to another. The likes of Stoke, Swansea, West Ham and Sunderland have endured difficult starts to their Premier League...

Goals is the way to go at City this weekend

Manchester City have looked impressive under former-Barcelona boss Pep Guardiola in the Premier League so far this season. Somehow the Catalan One seems to have added something extra to an already tasty attacking blend at Eastlands. This w...

Liverpool have become the Jekyll and Hyde of the Premier League under their affable but nutty German boss Jurgen Klopp. From the German’s touchlines antics, I am surprised he has not burst out of his clothes and went on the rampage at any Pr...

Who do you think you are kidding Mr Scholes??

...probably no one and certainly not us!

Here at TBB towers we are huge fans of the ginger one (who Isn't?) but is it only us who feel there is just a shade of self interest in Scholes's assertion that Paul Pogba is:

a) not worth the world record fee his former club have paid (honestly, who cares?) and b) that he was rightly left out at man United because he 'wasn't ready'. 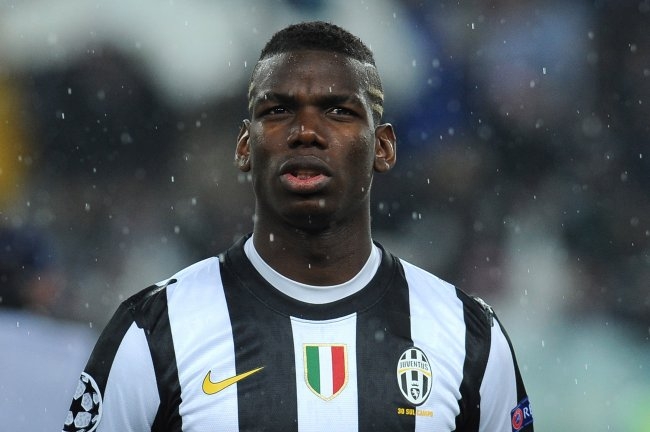 It is well documented that Pogba's progress at Manchester United was hampered by the reintroduction of Scholes to the first team during the 2011/2012 season and the simple fact of the matter is that on the rare occasion that he did play, he already looked the best player on the pitch. Having left United at the end of his contract, he went on immediately to become not only a league champion with Juventus but winner of the award for Europe's best young player - the 'Golden Boy'. So claim that he 'wasn't ready' at the point he left United is nothing short of farcical. The truth is that a quite calamitous mis-judgement occurred at Old Trafford which can now be quantified in pounds shillings and pence - 100 million of them, give or take - which is why no one wants to admit to the error.

The main thing though is that Mourinho, unhampered by any connection to the chain of events which saw him leave for 50 pence first time around, has been able to splash the cash and rectify it.

Pogba is quite simply on a different level from anyone else in the Premier League at the moment. O.K, in truth, aside from the obvious commercial benefits, he is not worth £100million, but he can defend, create and score goals. He is reportedly incredibly hard work to play against (even in training, several of his old United team mates have observed that you somehow come off with a mass of bruises - not because he fouls, but because he is so hard) and of course will require no personal adjustment time as he is already familiar with the set up at Old Trafford. All this, together with the fact that his performances will be scrutinised and analysed more than those of any other player, make him by far the most likely winner of the Player of the Season award at the end of the season yet he is an incredible 14/1 with VC Bet. When you consider that the favorite is the Injury ravaged Sergio Aguaro at 13/2 and Mezut Ozil is as short as 9/1 it puts the value of this bet into focus.